As you know from this post, I’m becoming more brave through looking at certain scriptures that Annie Downs brings to my attention each day in her 100 Days to Brave* book.

On day twenty, we took a peak into Gideon’s bravery (and lack of his courage in the early days), and I couldn’t stop reading.  I studied Gideon with Priscilla Shirer about six years ago when I was headed into the toughest season of my life, but I didn’t yet know what was ahead.  While in the Gideon study, I had an inkling that God was preparing me for something.  I prayed He wouldn’t call me into anything unbearably hard.  And then He did.

Then the angel of the Lord came and sat beneath the great tree at Ophrah, which belonged to Joash of the clan of Abiezer.  Gideon son of Joash was threshing wheat at the bottom of the winepress to hide the grain from the Midianites.  The angel of the Lord appeared to him and said, ‘ Mighty hero, the Lord is with you!’ (Judges 6:11-12)

When reading the passage from Gideon’s story again, I was sucked in.  Does that happen to you – you think you’ll read a verse or two, and then you read the whole chapter . . .  and the next, and the next, and on and on . . . ?

When thinking of appointment, we mostly think of simply a time set to see someone like your doctor or dentist.  The appointment I’m talking about comes later in the definition.

the act of giving a particular job or position to someone : the act of appointing someone. : a job or duty that is given to a person : a position to which someone is appointed

The Angel of the Lord called Gideon a mighty hero!  While Gideon was hiding from his enemy, God saw him as the mighty warrior he would become.  This was the opening for Gideon’s appointment to lead God’s people to fight the enemy that oppressed them so severely.  Gideon and his people, the Israelites, had suffered seven years of attack – starvation, land stripped bare, hiding in the mountains and in caves to escape cruelty from the Midianites.  And now the Lord was going to rescue them through this man who would become more than he was right then.

God had begun developing Gideon during those years of hardship.  Yet Gideon didn’t recognize it as training ground for what his calling would be.  That’s the way God works.  When He calls us, we don’t feel qualified.  And we aren’t really, because God is doing something new in us.  Something that calls us into a new role that requires our utter dependence on Him to make it happen.  To change us to be that person he calls us to be.  Or become.

Has your recent (or current) hard season prepared you for more – for your calling requiring some sort of change in you?  Possibly bravery?  I suspect it was there all along but you didn’t recognize it yet, you mighty hero.  You, mighty warrior!

Can you now get a glimpse of your appointment God had in mind for you all along in your season of disappointment?  Your trial?  Your hardship?

It’s in the “Trusting”

The Color Red and Mourning Doves 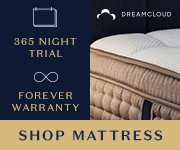 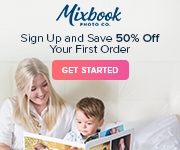